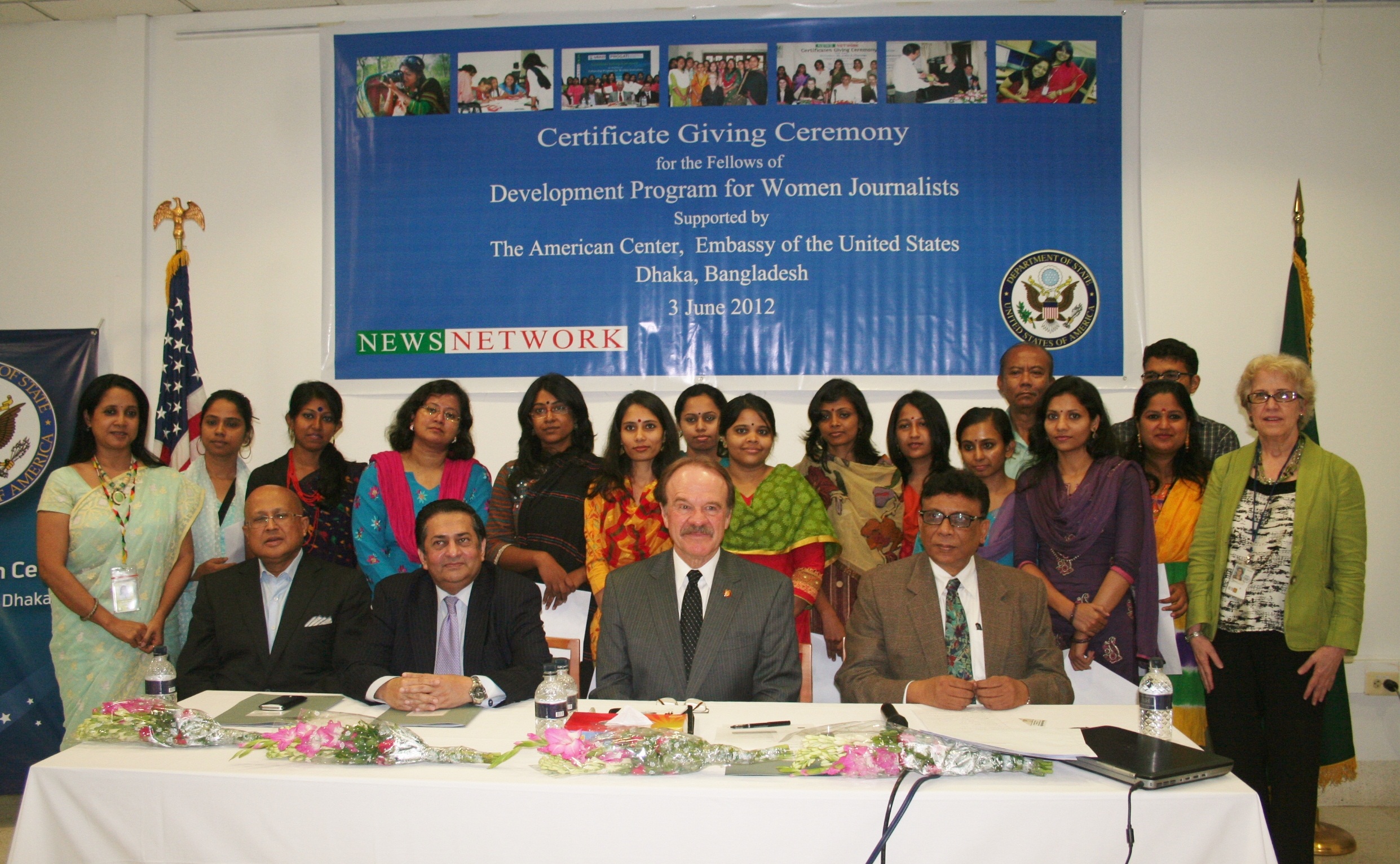 k has been running a fellowship programme for over a decade to encourage young women to take up journalism as a profession and increase their number in media. It is one of the most successful and trend setting programme of News Network. Many of those fellows are now well placed in both print and electronic news media. The programme has been able to attract international organisations, donors and some foreign missions in Bangladesh. They were supported News Network to carry out the programme.  But in recent fund crises the organisation fail to run the fellowship. As many as 300 women have been trained under this programme till 2015.  About 60 percent of them are already working in the mainstream journalism.

But we have to go far away for achieving gender equality. Women journalists are about 6 percent among the total number of country’s journalists.

News Network is dedicated and committed to continue the initiatives to achieve gender equality in media. So we look support from national and international organizations.

You can reach to me by email.