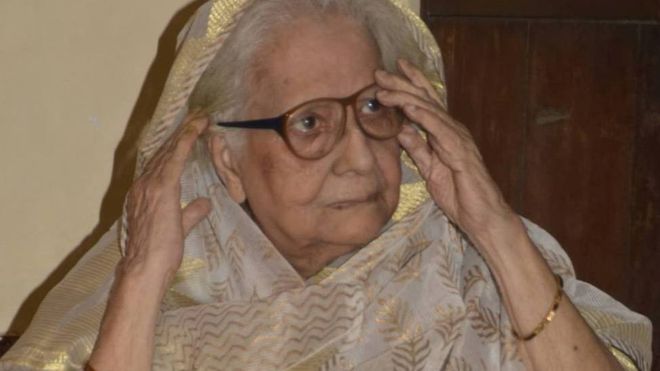 Nurjahan Begum, the first female journalist in Bangladesh and a trailblazer for female journalists in South Asia, has died on 23 May 2016. She was the editor of Begum magazine, the first magazine for women in the subcontinent, for the last 65 years. Ms Begum was dedicated to the magazine – editing it up until her death at 91.

Begum was Bangladesh’s first weekly magazine with pictures, and created opportunities for many female Muslim writers.  The magazine was founded in 1947 by Ms Begum’s father, Nasir Uddin, who was also a journalist. It was first published from what was then Calcutta (now Kolkata) a month before India gained freedom from British rule, and shifted to Dhaka in 1950.

The magazine was hugely popular with Muslim women readers but also attracted the attention of men. It was even distributed to rural areas through the post.

There were few voices for women in 1947, and at that time women in our society didn’t dare to take their own photos. Begum brought major changes towards that attitude.

Ms Begum will be remembered for relentlessly pursuing women’s rights and focusing on their successes in every publication of Begum.

READ: The becoming of Nurjahan Begum