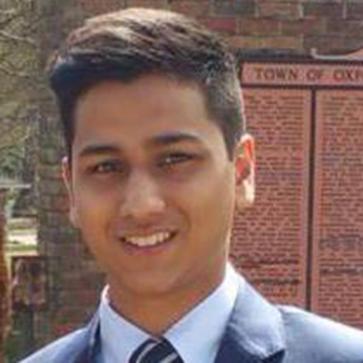 The 12-hour tense siege at the Holey Artisan Bakery, the brutal killings, the blood and the faces of the young militants all left millions in a state of shock as it was beyond their imagination that such brutality could be unleashed in Bangladesh.

As they slowly overcome the shock, many also started to contemplate whether it is the beginning of an end.

But the same incident also presented a beacon of hope: Faraaz Ayaaz Hossain.

It is pronounced in unspoken words that there is something to look forward to.

Faraaz went to the restaurant with two of his high-school friends, Abinta Kabir, a US citizen of Bangladeshi origin and also a student of Emory University in Atlanta as him, and Tarishi Jain, an Indian national and a student of the University of California, Berkeley.

When the captors came to know about his friends’ citizenship they refused to release them. They however allowed Faraaz to go.

He had the opportunity to leave his friends behind and return to safety like many would have done in times of danger, but he chose greatness and declined to depart alone.

The former student of Sir John Wilson School and American International School in Dhaka was among the 20 people who were killed in the hands of militants at the restaurant.

Rezaul Karim, whose son, daughter-in-law and two grandchildren were taken hostage but were later freed, told The Daily Star yesterday: “My daughter-in-law told me that she heard a Bangladeshi youth refused to leave the restaurant when the militants offered to free him but not his two other friends.”

Only 20 years of age, Faraaz was gallant, conscientious, well-mannered and innocent. He went to study abroad but his heart remained with Bangladesh.

He was getting ready to serve the country by following the examples of his father, mother and grandparents, who have been doing the same through setting up industries and creating jobs for decades.

When the poisonous seed of radicalism is being sown in the hearts of many youths, Faraaz was a different soul.

He taught Bangladesh not to give up even in times of danger as there are many like him who are very tender in age but possess immense courage, and the country can count on them.

By sacrificing his life, Faraaz has shown the power of love for others and how it makes people indomitable.

Mohammad Isam, a Dhaka-based journalist working for a foreign media outlet, wrote on his Facebook page: “Faraaz, all we can say is thank you. But we should not just mourn your passing away.”

“We must all extend ourselves like you did. You are one of us. We are sorry that we failed you because till that last moment, you didn’t fail us, humans and Bangladeshis.”

Classmates of Faraaz and Abinta remembered them as genuine and intelligent people who had no enemies.

Kereisha Harrell, a classmate, says she worked with Faraaz and Abinta on a committee at Emory’s Oxford College that planned school-wide events. She says both were part of an honour society recognising academic achievement.

“We are honestly shocked,” she said, according to Associated Press.

“A lot of us are not ready to talk about it. But we were a family. It hit us hard. There are a lot of people very upset. We’re just trying to support each other through this.”

“The Emory community mourns this tragic and senseless loss of two members of our university family. Our thoughts and prayers go out on behalf of Faraaz and Abinta and their families and friends for strength and peace at this unspeakably sad time.”