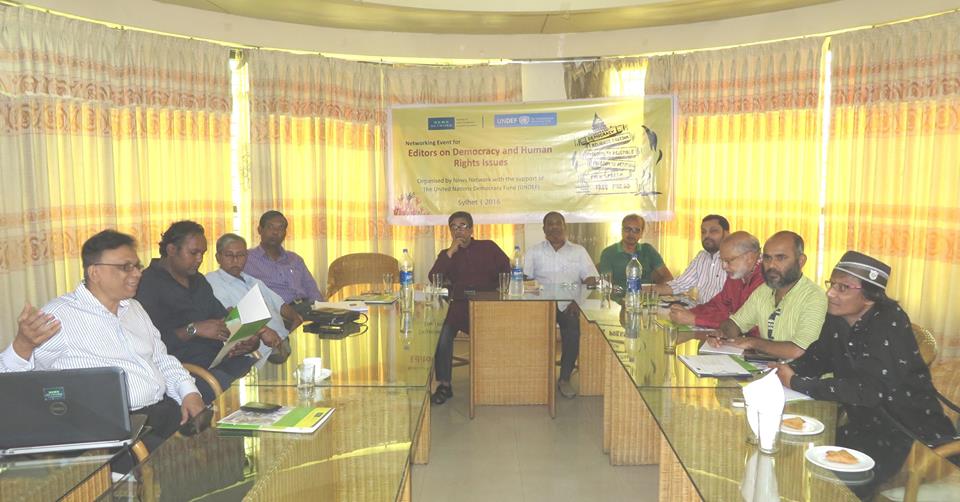 On June 2, 2016 News Network met with editors, executive editors and news editors of newspapers in Sylhet to discuss the role of the media houses in promoting democracy and hu

The news leaders (gatekeepers) agreed that the media has a big role to play in mobilizing the public opinion in favour of democratic practices and human rights. However, they pointed out some problems they face in carrying out the task.

They observed that local newspaper owners often focus more on issues that earn them advertisement revenues rather than highlighting the issues that affect their lives.

So, they suggested holding similar dialogue with the owners. Lack of resources, logistic support and travel expenses have also been cited as reasons why media houses can’t send reporters to remote villages to report on violation or upholding of democratic and human rights practices.

They, however, appreciated the media training News Network conducted for reporters on human rights and democracy with the support of the United Nations Democracy Fund