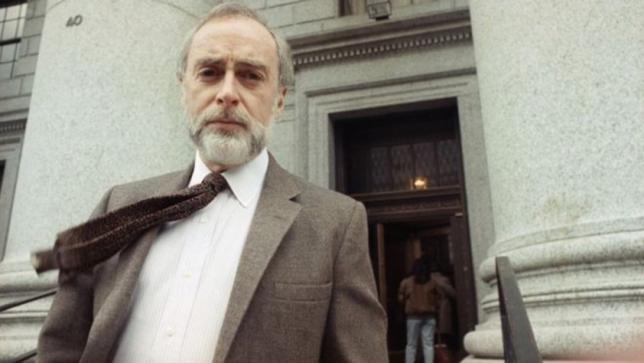 Pulitzer Prize winner journalist Sydney H Schanberg is no more but we are remembering him from our core of heart for his contribution to report on Bangladesh Liberation War in 1971. He was among the foreign journalists, who were so shocked to see the brutalities and carnage carried out by the Pakistani occupation forces and their collaborators and alerted the world by sending horrifying stories. Sydney H Schanberg is part of our glorious victory.

-Shahiduzzaman, Editor and CEO of News Network and a Freedom Fighter of Liberation War of Bangladesh

Sydney H Schanberg, a correspondent of The New York Times who covered the 1971 Bangladesh Liberation War, died yesterday in Poughkeepsie, New York at the age of 82.  A “restive, intense, Harvard-educated newspaperman with bulldog tenacity”, as termed by New York Times, Schanberg won a Pulitzer Prize for covering Cambodia’s fall to the Khmer Rouge in 1975 and inspiring the film “The Killing Fields” with the story of his Cambodian colleague’s survival during the genocide of millions.
His death was confirmed by Charles Kaiser, a friend and former Times reporter, who said Schanberg had a heart attack on Tuesday (7 July 2016), The New York Times reports.

COVERAGE OF BANGLADESH WAR
During Bangladesh’s 1971 War of Independence, Schanberg was the South Asia correspondent for The New York Times. He visited Bangladesh several times despite expulsion order by the Pakistan authorities.
He was among the foreign journalists, who were so shocked to see the brutalities and carnage carried out by the Pakistani occupation forces and their collaborators and alerted the world by sending horrifying stories, including massacre in their respective media after starting of the genocide on March 25, 1971.

ALSO READ: Sydney Schanberg among foreign journos Pakistanis tried to keep away during 1971 Bangladesh War
Schanberg, along with Sir William Mark Tully, Manosh Ghose, Simon Dring and Ingvar Oja were among the ones who played crucial role to uncover brutalities on Bangladeshis.
In June 1971, Schanberg filed a number of eyewitness accounts from Bangladeshi towns for The New York Times. In response, the Pakistan army expelled him from the country on June 30, 1971.
Schanberg described the systematic subjugation and killing of Bangalees. “Army trucks roll through the half-deserted streets of the capital of East Pakistan these days, carrying “anti-state” prisoners to work-sites for hard labour. Their heads are shaved and they wear no shoes and no clothes except for shorts–all making escape difficult.” More to click: The Daily Star