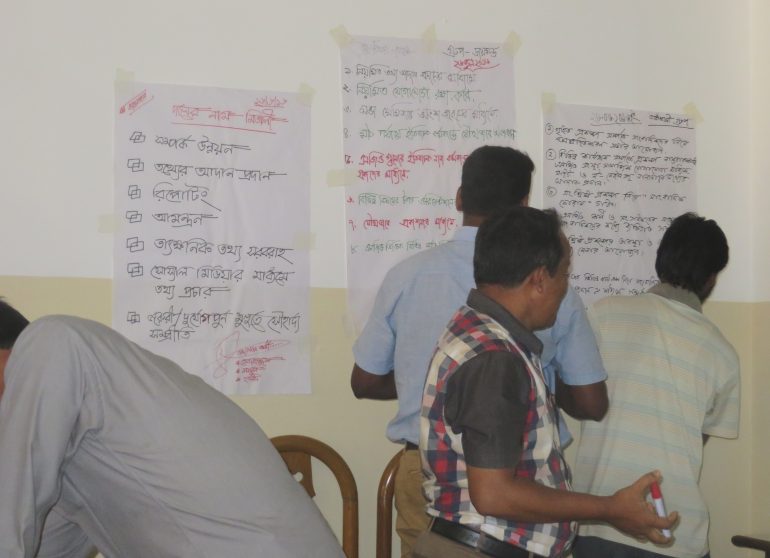 The participants in the Barisal Interaction Meeting were in group discussions to prepare their presentations. About 65 local journalists and CSOs representatives attended the meetings.

The Barisal meeting was organised on 23 June, while that of Cox’s Bazar on 26 June 2016. Earlier both the groups received skill development training from News Network, supported by the United Nations Democracy Fund.

The participants described their professional progress, which was very much appreciated as their ability improved to address the issues confidently. Sharing information between the groups is also found better than earlier.

The participants urged for arranging a follow-up training for them and expanding it to other parts of the country. – News Network