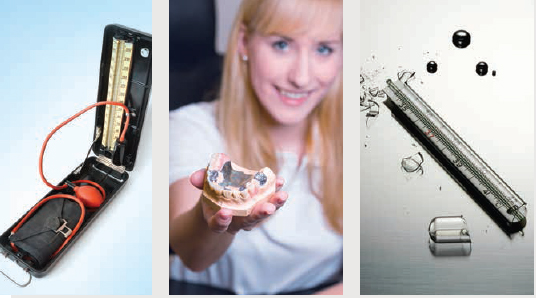 UNITED NATIONS, Jul 12 2016 (IPS) – A coalition of over 25 international non-governmental organizations (NGOs) has launched a global campaign to end a longstanding health and environmental hazard: the use of mercury in dentistry.
Spearheading the campaign is the Washington-based World Alliance for Mercury-Free Dentistry, which is seeking to phase out

dental amalgam, described as a “primitive pollutant”, by the year 2020.

The environmental health benefits from mercury-free dentistry would be “huge to the world”, says the World Alliance, “The European Union’s science committee calls amalgam a ‘secondary poisoning’ because its mercury gets into fish and vegetables which children eat.”

A proposal before the European Commission calls for the use of dental amalgam in an encapsulated form, and more importantly, the implementation of amalgam separators, which should be mandatory to protect dental practitioners and patients from mercury exposure and to ensure that resulting mercury waste are not released into the environment but are collected and subjected to sound waste management.

“The game changer in our favour is the 2013 Minimata Convention on Mercury,” (which has been signed by 128 nations), said Brown, a former Attorney General of the US State of Ohio.

But the Convention, which aims to reduce or eliminate all man-made uses of mercury, needs 50 ratifications to become legally binding. But so far, only 28 countries have ratified the Convention, including the US.

The most recent ratifications have included Switzerland and Mali (in May) and Botswana (in June).

“We need a push to get over the finish line,” declared Brown, whose campaign reaches out Asia, Africa, Latin America, Europe, North America and the Island States.

Besides the World Alliance for Mercury-Free Dentistry, the coalition includes the European Environmental Bureau, Health and Environment Alliance, Women in Europe for a Common Future, International Academy for Oral Medicine and Toxicology, Asian Centre for Environmental Health, Danish Association for Non-Toxic Dentistry and Zero Waste Europe.

In a letter to members of the Environment Committee of the European Parliament, the coalition points out that, after long delays, the European Commission proposed a new mercury package last February, positioning the EU to finally ratify the Minamata Convention.

The package updates existing EU law to conform to the Convention, but falls short in several key areas, including a new proposal that would eventually perpetuate mercury use in EU dentistry.

“This proposal is clearly out of step with both the spirit and intent of the treaty,” the letter warns. The Minamata Convention requires each State party to “phase down the use of dental amalgam”.

The Environment Committee is calling for a phase-out of amalgam in Europe by the year 2021.

But the EC mercury package, on the other hand, proposes merely to require amalgam separators and encapsulated amalgam – two measures that fail to phase down European amalgam use for several reasons.

A report by the UN Environment Programme (UNEP) and the Arctic Monitoring and Assessment Programme (AMAP), a mercury monitoring network, shows that North America (including the US) is consuming its share.

“Although use is far less in developing countries right now, it is expected to increase as dental care becomes more available – unless we prevent it by ensuring that mercury-free alternatives are used from the start.”

Achim Steiner, former Executive Director of UNEP, wrote a letter to the World Alliance last year endorsing the activist phasing down of amalgam in general, and singling out the work of the World Alliance of Mercury-Free Dentistry, in particular.

UNEP and the World Alliance have co-hosted two 10-nation conferences to work for mercury-free dentistry: for francophone Africa, April 2014 in Abidjan; and for Asia (South, Southeast, & East Asian nations), March 2016 in Bangkok.

The overall goal of the Global Mercury Partnership, according to UNEP, is to protect human health and the global environment from the release of mercury and its compounds by minimizing and, where feasible, ultimately eliminating global, anthropogenic mercury releases to air, water and land.

UNEP recently developed a brochure to assist nations in phasing down amalgam use. In it, UNEP particularly promoted the following steps:

ms and insurance to favor mercury-free fillings; and (d) Restricting amalgam use in children and pregnant women.

In its attempts to protect human health and the environment from mercury—and in support of the Minamata Convention on Mercury—the UN Development Programme (UNDP), says sound management of chemicals and wastes is an important component of its efforts to achieve sustainable, inclusive and resilient human development and the Sustainable Development Goals (SDGs).

UNDP currently supports 42 countries with a Global Environment Facility (GEF) mercury portfolio of $22 million in grants and $32 million in co-financing.

Asked if the medical lobby is powerful enough to keep stalling an eventual ban on dental mercury, Brown said: “It’s actually the dental lobby specifically that opposes the ban (many physicians tend to either not take a stand or they agree with us). “Are they effective or powerful? It depends on whom you talk with, he said.

Dentistry is divided into two hotly contesting factions: the mercury-free numbers are growing, the pro-mercury faction shrinking – but the latter is represented by the World Dental Federation (FDI, its initials in French) and its constituent Western members, such as the American, British, and Canadian Dental Associations.

The American Dental Association spent $2,850,000 on lobbying expenses in 2013, the year the treaty negotiations ended, but in its arrogance the money was largely wasted, he added.

“At the Minamata Convention, FDI and the American Dental Association (ADA) were represented by white Western males, whereas dentists on our side came from every continent and race, as did our NGO team of talented women and men.”

“We outworked, outpointed, and outsmarted the well-heeled pro-mercury faction of dentistry, and amalgam is crucially placed in Annex A-II of the Minamata Convention.”

Their rearguard action to protect the status quo is not ineffective, but they cannot stall the amalgam ban indefinitely – else their own members will pull out the rug on them, said Brown.